If you browse the log of any random Git repository, you will probably find its commit messages are more or less a mess. For example, take a look at these gems from my early days committing to Spring:

Yikes. Compare that with these more recent commits from the same repository:

Which would you rather read?

While many repositories’ logs look like the former, there are exceptions. The Linux kernel and Git itself are great examples. Look at Spring Boot, or any repository managed by Tim Pope.

The contributors to these repositories know that a well-crafted Git commit message is the best way to communicate context about a change to fellow developers (and indeed to their future selves). A diff will tell you what changed, but only the commit message can properly tell you why. Peter Hutterer makes this point well:

Re-establishing the context of a piece of code is wasteful. We can’t avoid it completely, so our efforts should go to reducing it [as much] as possible. Commit messages can do exactly that and as a result, a commit message shows whether a developer is a good collaborator.

If you haven’t given much thought to what makes a great Git commit message, it may be the case that you haven’t spent much time using git log and related tools. There is a vicious cycle here: because the commit history is unstructured and inconsistent, one doesn’t spend much time using or taking care of it. And because it doesn’t get used or taken care of, it remains unstructured and inconsistent.

But a well-cared for log is a beautiful and useful thing. git blame, revert, rebase, log, shortlog and other subcommands come to life. Reviewing others’ commits and pull requests becomes something worth doing, and suddenly can be done independently. Understanding why something happened months or years ago becomes not only possible but efficient.

A project’s long-term success rests (among other things) on its maintainability, and a maintainer has few tools more powerful than his project’s log. It’s worth taking the time to learn how to care for one properly. What may be a hassle at first soon becomes habit, and eventually a source of pride and productivity for all involved.

In this post, I am addressing just the most basic element of keeping a healthy commit history: how to write an individual commit message. There are other important practices like commit squashing that I am not addressing here. Perhaps I’ll do that in a subsequent post.

Most programming languages have well-established conventions as to what constitutes idiomatic style, i.e. naming, formatting and so on. There are variations on these conventions, of course, but most developers agree that picking one and sticking to it is far better than the chaos that ensues when everybody does their own thing.

A team’s approach to its commit log should be no different. In order to create a useful revision history, teams should first agree on a commit message convention that defines at least the following three things:

Style. Markup syntax, wrap margins, grammar, capitalization, punctuation. Spell these things out, remove the guesswork, and make it all as simple as possible. The end result will be a remarkably consistent log that’s not only a pleasure to read but that actually does get read on a regular basis.

Content. What kind of information should the body of the commit message (if any) contain? What should it not contain?

Fortunately, there are well-established conventions as to what makes an idiomatic Git commit message. Indeed, many of them are assumed in the way certain Git commands function. There’s nothing you need to re-invent. Just follow the seven rules below and you’re on your way to committing like a pro.

The seven rules of a great Git commit message

Keep in mind: This has all been said before.

1. Separate subject from body with a blank line

From the git commit manpage:

Though not required, it’s a good idea to begin the commit message with a single short (less than 50 character) line summarizing the change, followed by a blank line and then a more thorough description. The text up to the first blank line in a commit message is treated as the commit title, and that title is used throughout Git. For example, Git-format-patch(1) turns a commit into email, and it uses the title on the Subject line and the rest of the commit in the body.

Firstly, not every commit requires both a subject and a body. Sometimes a single line is fine, especially when the change is so simple that no further context is necessary. For example:

Nothing more need be said; if the reader wonders what the typo was, she can simply take a look at the change itself, i.e. use git show or git diff or git log -p.

If you’re committing something like this at the command line, it’s easy to use the -m option to git commit:

However, when a commit merits a bit of explanation and context, you need to write a body. For example:

Commit messages with bodies are not so easy to write with the -m option. You’re better off writing the message in a proper text editor. If you do not already have an editor set up for use with Git at the command line, read this section of Pro Git.

In any case, the separation of subject from body pays off when browsing the log. Here’s the full log entry:

And now git log --oneline, which prints out just the subject line:

Or, git shortlog, which groups commits by user, again showing just the subject line for concision:

There are a number of other contexts in Git where the distinction between subject line and body kicks in—but none of them work properly without the blank line in between.

2. Limit the subject line to 50 characters

50 characters is not a hard limit, just a rule of thumb. Keeping subject lines at this length ensures that they are readable, and forces the author to think for a moment about the most concise way to explain what’s going on.

Tip: If you’re having a hard time summarizing, you might be committing too many changes at once. Strive for atomic commits (a topic for a separate post).

GitHub’s UI is fully aware of these conventions. It will warn you if you go past the 50 character limit:

And will truncate any subject line longer than 72 characters with an ellipsis:

So shoot for 50 characters, but consider 72 the hard limit.

This is as simple as it sounds. Begin all subject lines with a capital letter.

4. Do not end the subject line with a period

Trailing punctuation is unnecessary in subject lines. Besides, space is precious when you’re trying to keep them to 50 chars or less.

5. Use the imperative mood in the subject line

Imperative mood just means “spoken or written as if giving a command or instruction”. A few examples:

Each of the seven rules you’re reading about right now are written in the imperative (“Wrap the body at 72 characters”, etc.).

The imperative can sound a little rude; that’s why we don’t often use it. But it’s perfect for Git commit subject lines. One reason for this is that Git itself uses the imperative whenever it creates a commit on your behalf.

And when using git revert:

Or when clicking the “Merge” button on a GitHub pull request:

So when you write your commit messages in the imperative, you’re following Git’s own built-in conventions. For example:

Writing this way can be a little awkward at first. We’re more used to speaking in the indicative mood, which is all about reporting facts. That’s why commit messages often end up reading like this:

And sometimes commit messages get written as a description of their contents:

To remove any confusion, here’s a simple rule to get it right every time.

A properly formed Git commit subject line should always be able to complete the following sentence:

Notice how this doesn’t work for the other non-imperative forms:

Remember: Use of the imperative is important only in the subject line. You can relax this restriction when you’re writing the body.

Git never wraps text automatically. When you write the body of a commit message, you must mind its right margin, and wrap text manually.

The recommendation is to do this at 72 characters, so that Git has plenty of room to indent text while still keeping everything under 80 characters overall.

A good text editor can help here. It’s easy to configure Vim, for example, to wrap text at 72 characters when you’re writing a Git commit. Traditionally, however, IDEs have been terrible at providing smart support for text wrapping in commit messages (although in recent versions, IntelliJ IDEA has finally gotten better about this).

7. Use the body to explain what and why vs. how

This commit from Bitcoin Core is a great example of explaining what changed and why:

Take a look at the full diff and just think how much time the author is saving fellow and future committers by taking the time to provide this context here and now. If he didn’t, it would probably be lost forever.

In most cases, you can leave out details about how a change has been made. Code is generally self-explanatory in this regard (and if the code is so complex that it needs to be explained in prose, that’s what source comments are for). Just focus on making clear the reasons why you made the change in the first place—the way things worked before the change (and what was wrong with that), the way they work now, and why you decided to solve it the way you did.

The future maintainer that thanks you may be yourself!

Learn to love the command line. Leave the IDE behind.

For as many reasons as there are Git subcommands, it’s wise to embrace the command line. Git is insanely powerful; IDEs are too, but each in different ways. I use an IDE every day (IntelliJ IDEA) and have used others extensively (Eclipse), but I have never seen IDE integration for Git that could begin to match the ease and power of the command line (once you know it).

Certain Git-related IDE functions are invaluable, like calling git rm when you delete a file, and doing the right stuff with git when you rename one. Where everything falls apart is when you start trying to commit, merge, rebase, or do sophisticated history analysis through the IDE.

When it comes to wielding the full power of Git, it’s command-line all the way.

Remember that whether you use Bash or Zsh or Powershell, there are tab completion scripts that take much of the pain out of remembering the subcommands and switches. 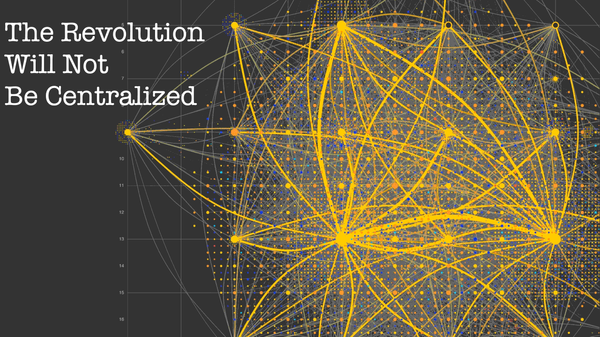 A 90-minute talk delivered at the SpringOne 2GX 2014 conference in Dallas, Texas